Smartphones will replace your PC! — Part 1:

A new patent by Apple made public recently, (by AppleInsider) suggests that Apple is exploring the Modular Computer concept of turning an iPhone into a “Brain” (computing unit) that powers a MacBook device. But, what does it mean? Well, in a nutshell, a MacBook-like body (screen, keyboard and lots of batteries), as an “accessory device”, without a CPU. The idea is that you’d dock your iPhone into the accessory device (MacBook) to power it.

It got my attention because I’m doing a research about the evolution of Operating systems and the challenges of cross-platform OS in terms of UX and flexible user-interfaces (Screen sizes, Touch, Mouse, Keyboard, VR, AR/MR, etc.) So in this concept video, I tried to analyze and deal with the technical (hardware) challenges of what is needed in order to achieve this Modular Computer Vision.

But the real challenges are in the OS, for example — iOS & macOS integration, X86 & ARM architecture support, Touch and Peripherals support, and Universal UI for apps to run on different screen sizes and devices. Just like Microsoft did with Windows 10 UWP (Universal Windows Platform) apps that are running on any computer / device that runs Win10.

I believe that Apple has what needed in order to reinvent the Modular Computer Concept and to succeed where others have failed (Modu, Asus PadFone, Motorola Atrix, and even Google’s Project ARA). 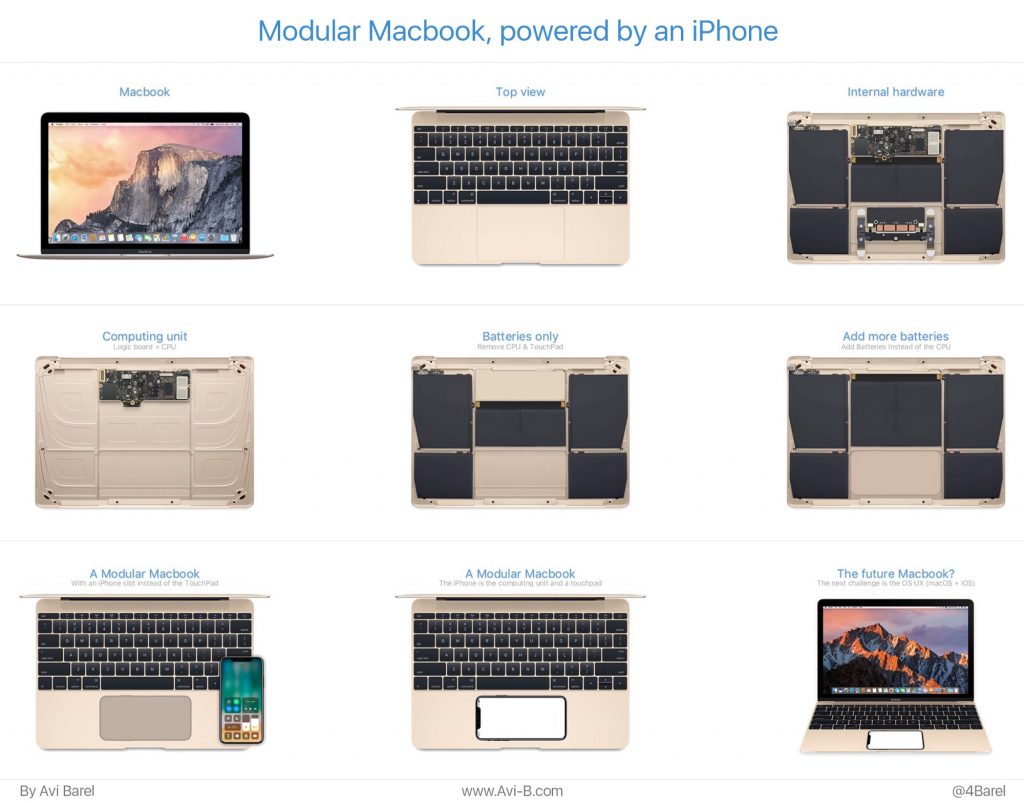 And as for the MacPro / MacBook Pro users among us, well, it’s not a Pro computer for us, but keep in mind that Technology Grows Exponentially, so it’s only a matter of time until we’ll be able to use Photoshop, 3D studio, and even development environments on our Smartphone CPUs & GPUs.

This article is also published on Medium.