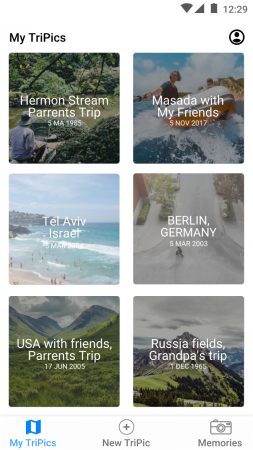 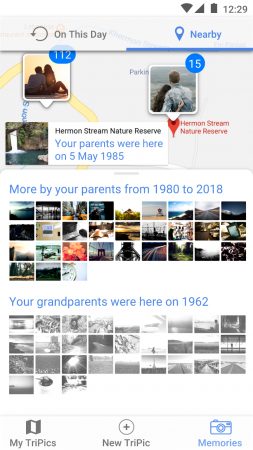 TriPic AR enables you to explore and relive memories in AR (Augmented Reality). We are also working on a dedicated App for MR (Mixed Reality) headset, currently for Microsoft HoloLens, and in the future for Magic Leap & Google Glass.

I had this idea few years ago, when Google Glass was announced, and I made the first UX sketches back then, but in the recent years, I’ve worked with few AR headsets and also Google’s ARCore and Apple’s ARKit, so it was clear to me that now is the time to turn TriPicAR into reality. It was quite challenging to turn this idea into a quick and Lean UX prototype for Android, while keeping in mind that the experience for AR glasses will have to be consistent and intuitive as well. But it’s still a work in progress, and we are constantly learning how to make things better.

This demo shows the app on Mobile devices, Scroll down to see the AR Glasses version. 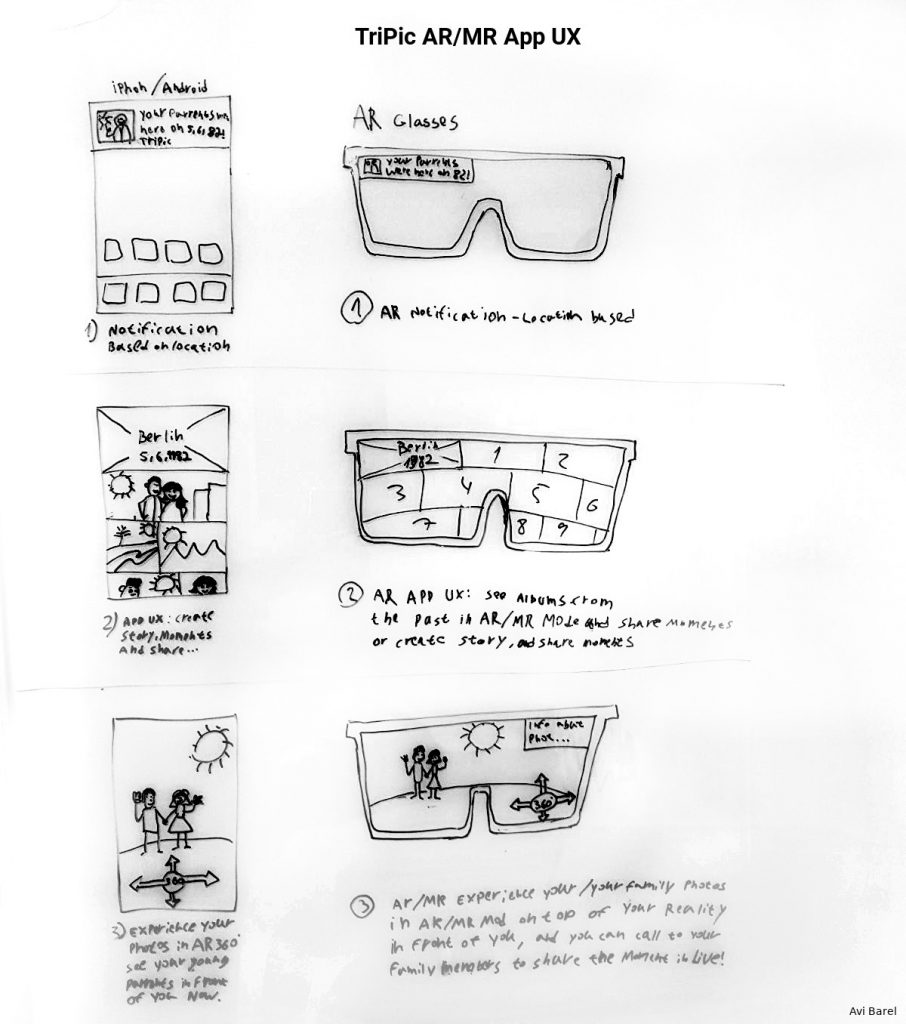 Too bad I don’t have my own AR Glasses to turn TriPicAR into Reality. 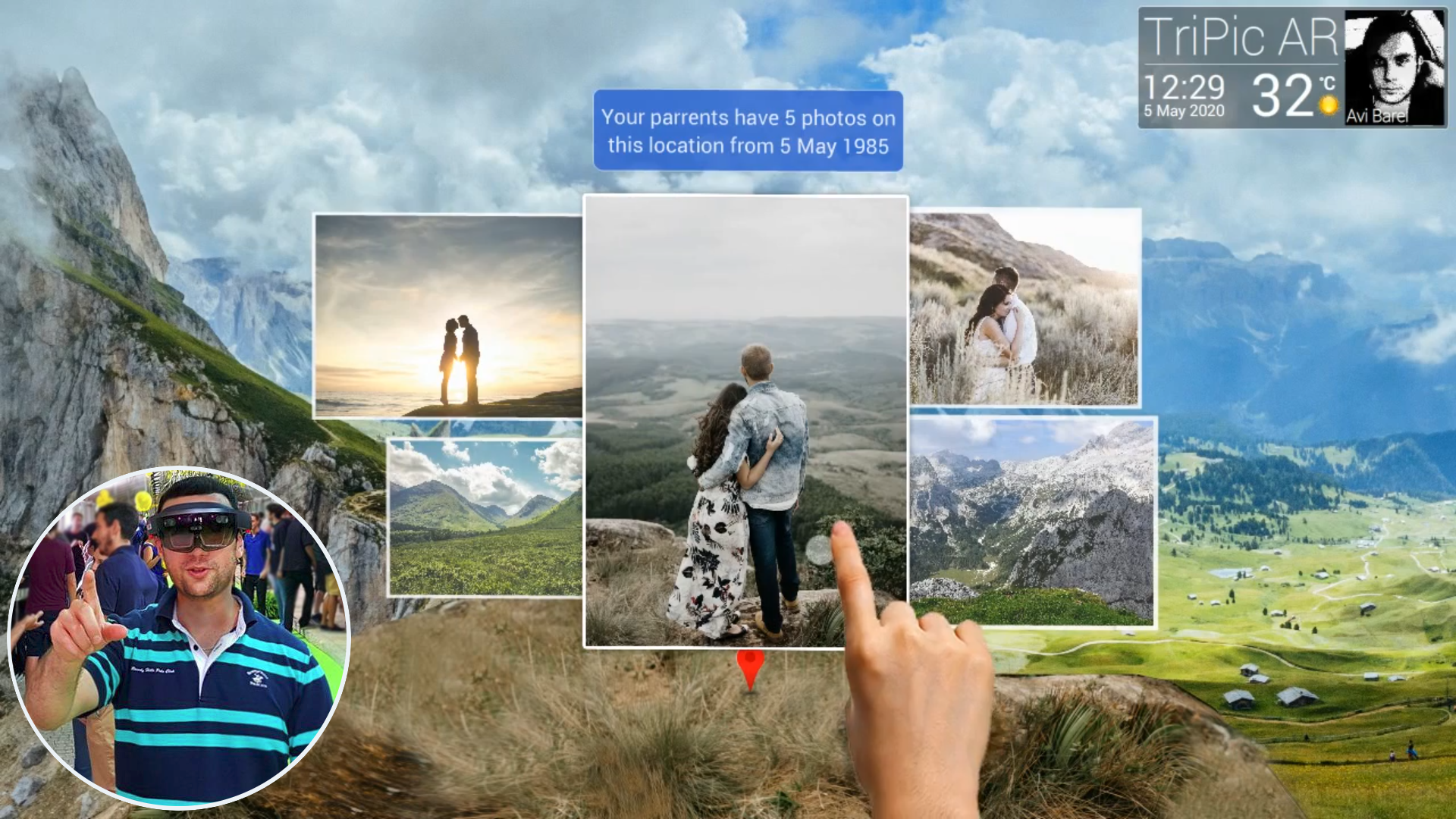 TriPic is an App that I’m developing as a side project in the recent years, and now with Apple’s And Google’s ARkit & ARcore, it’s easier to develop! Also working on a dedicated version for Mixed Reality headset, currently for Microsoft HoloLens, and in the future for Magic Leap and Google Glass. I love side projects, because it’s the best way to learn new things, such as – how to design for Emerging Tech (VR/MR/XR), and I believe that product designers must be curious and hungry when it comes to Designing the future 😉